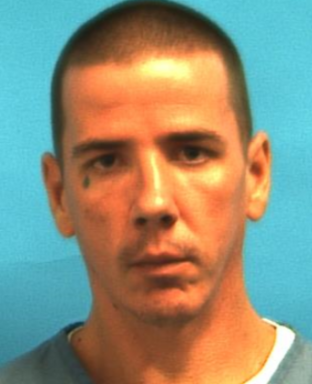 Richard Lewis Kelley, Jr. has entered a no-contest plea on March 9, 2020, and faces a potential life sentence on charges of burglary of a dwelling while armed and aggravated battery with a deadly weapon.  Kelley entered his plea directly to the Court and is set for sentencing before the Honorable Kelvin Wells on May 19, 2020.

Armed with a knife and a hammer Kelley, who was 36-years-old at the time, entered the home of a woman in Freeport on October 16th and physically assaulted her. The incident was less than 24 hours after Kelley assisted the victim with a flat tire on the side Highway 331.

During this encounter, Kelley mentioned he evacuated from Marianna following Hurricane Michael and had recently been released from the hospital after a motorcycle crash.  He showed the victim a fresh scar on his stomach from his surgery. It is believed that after the exchange Kelley saw the victim drive home to find out where she lived.

After the victim’s husband left home early the next morning, Kelley kicked in a door to the house and entered armed with a hammer and knife.  He attacked the victim with the hammer in her bedroom while her child watched.  She was able to recognize Kelley as the man she had met the previous day and successfully fought him off by striking him in his injured stomach.  This struggle caused Kelley to drop his hammer, knife, and baseball cap.  He then fled from the home but was witnessed by two bystanders as he was leaving the property.

The hammer, knife, and hat were collected by the Walton County Sheriff’s Office and submitted to the Florida Department of Law Enforcement (FDLE) for DNA testing.  DNA matching Kelley’s was found on the knife and hat.  After a lengthy search involving multiple jurisdictions and agencies, Kelley was arrested in Cottonwood, AL by a U.S. Marshal fugitive task force.

READ THE ORIGINAL STORY HERE AND THE FOLLOW-UP HERE.