The deputy immediately noticed the smell of marijuana coming from the vehicle. The deputy then asked both the driver, later identified as Lynn Edward Banks, 46, and two passengers, Justin Chrishon, 27, and Jonathon Kinckiner, 28, to step out of the truck.

WCSO PRO TIP: If you're going to run a red light. Don't have a bunch of drugs & a gun in the car. ?????? #DrugBust @weartv @WMBBTV @WJHG_TV pic.twitter.com/fMWTLXU2OT

“You got me, it’s all mine,” said Kinckiner after deputies discovered the contraband inside the backpack.

Kinckiner then stated the black backpack and all contraband found belonged to him.

Deputies then conducted a thorough search of all three parties. While conducting a search of Banks his left short’s pocket was turned inside out and a small purple container fell to the ground next to his left foot. Inside the container was a crystallized substance, which field tested positive for Methamphetamine. 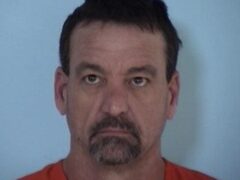 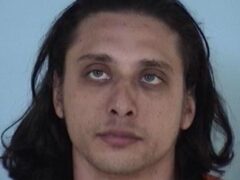