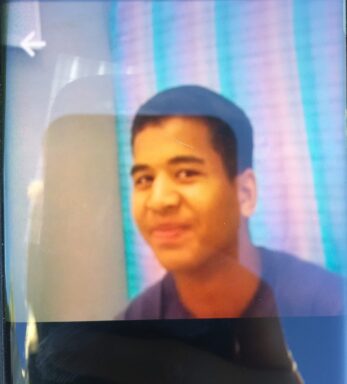 Vincent Quitugua Jr.,14, was last seen by his parents on October 7th on Daisy Lane in Mossy Head. He is described as a Pacific Islander, standing 5’6, weighing 176 pounds, with brown hair and brown eyes. He was last seen wearing gray shorts with a red stripe down each side and a gray shirt.

Quitugua is possibly staying with a girlfriend in Crestview.

Attached are pictures of the missing juvenile. One is from his father’s cell phone which was taken one week ago.  The other is from Quitugua’s Facebook account which was taken in 2015.

Anyone with information on the whereabouts of Quitugua is asked to call the Walton County Sheriff’s Office at (850) 892-8186 or you can remain anonymous by calling Emerald Coast Crime Stoppers at (850) 863-TIPS. Submit a web tip at http://www.emeraldcoastcrimestoppers.com/ or send a mobile tip using the P3 Tips Mobile Application or the Walton County Sheriff’s Office smartphone app. You could be eligible for a cash reward.