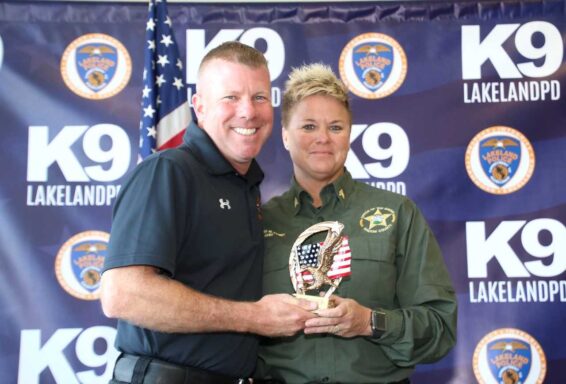 LAKELAND, Fla— Thirty-seven dog teams from around the state of Florida spent last week competing for “Top Dog” honors to compete at the national level.

Kayne narrowly missed the title of Region 1 Top Dog for Narcotics by .83 of a point.

“We are very proud of the relentless efforts of our K9 Team,” said Sheriff Adkinson. “They went up against much larger K9 teams and came home with some amazing achievements.”