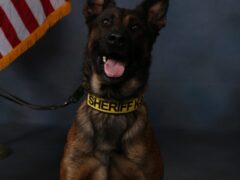 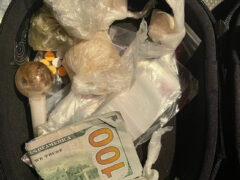 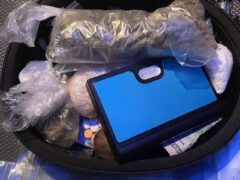 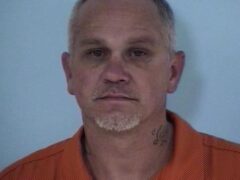 WALTON COUNTY, Fla— A traffic stop for speeding leads to the arrest of a Freeport man for trafficking methamphetamine Monday night.

On January 17th at 9 pm, a Walton County Sheriff’s Office Sergeant stopped a car for excessive speed on County Road 1087.

The driver was identified as Michael Bratton, 41, of Freeport.

K9 Colt was deployed to the scene and alerted to a trained odor coming from the vehicle. After a search of the vehicle, a black nylon bag was located hidden under the driver’s seat.

The bag contained four plastic bags containing a combined weight of 56.8 grams of methamphetamine (ice). Three different types of pills were also located along with drug paraphernalia and more than 20 grams of marijuana. A total of $956.00 in U.S. currency was also found.

Bratton was charged with trafficking in methamphetamine over 14 grams, three counts of possession of a controlled substance without a prescription, and possession of drug paraphernalia.

He was transported and booked into the Walton County Jail without incident.

Bratton is currently out on bond awaiting trial on charges of aggravated battery on a pregnant victim and throwing a brick through a car window with a person inside.