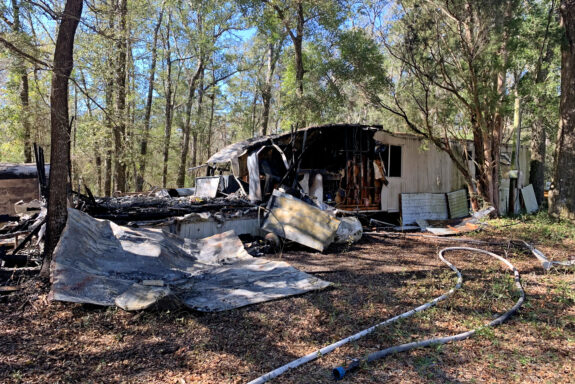 First responders were called to the home shortly after 11:00 AM this morning following a 911 call reporting a structure fire in the campground near The Outpost for Bikers.

Firefighters and deputies arrived on scene within minutes to find smoke and flames coming from one of the bedrooms of a single wide mobile home and were informed that a resident was possibly still inside the burning home. Walton County Fire Rescue crews quickly jumped into action and began battling the blaze. Unfortunately, one resident and five pets were later found deceased in the home.

The State Fire Marshall’s office responded to the scene to investigate the cause of the fire. The fire is not believed to be suspicious in nature.