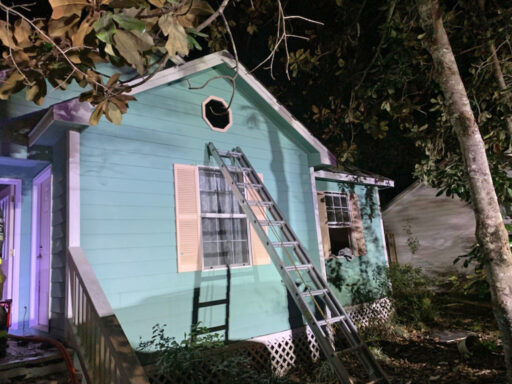 Shortly after 6:00 p.m. tonight, Walton County Fire Rescue was dispatched to a home on Bayou Circle in Freeport following a 911 call where a neighbor reported hearing smoke detectors going off inside the home.

When Engine 12 and Engine 5 arrived on scene, the crew found smoke coming from the residence, and there was no one home at the time. Firefighters made entry into the home and safely removed three family dogs from the home.

Firefighters discovered fire in a bathroom of the home that was spreading through the ceiling into the attic. Walton County Fire Rescue crews quickly deployed an attack line and began fighting the flames in the attack. Fortunately, firefighters were able to isolate the fire, keeping the flames from spreading and damaging most of the home. 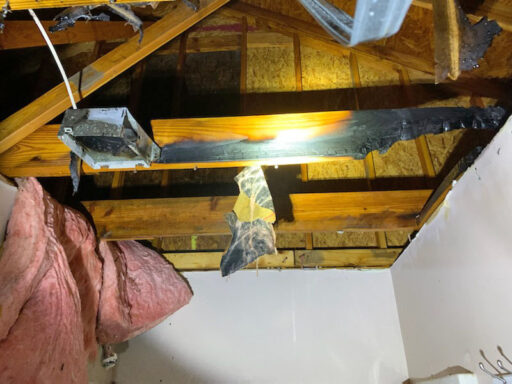 “Incredible work by our Freeport crew,” says Fire Chief Tracey Vause. “Because of their thorough search and quick action, a home and three beloved pets were saved. This will definitely be added to our list of things to be thankful for this Thanksgiving week.”

The homeowner was notified and arrived on scene a short time later and was given contact information for American Red Cross. The fire was caused by an electrical issue in the bathroom’s exhaust fan.