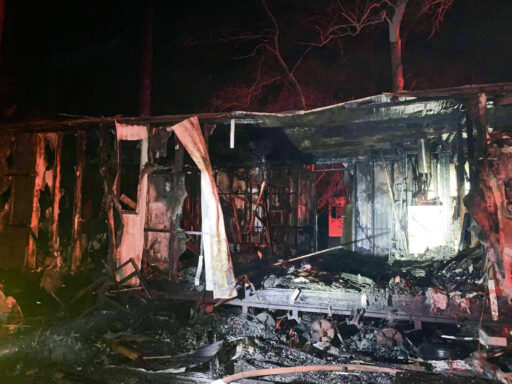 At 10:59 PM on January 19, 2020, Walton County Fire Rescue and Walton County Sheriff’s Office deputies responded to a residential fire at a home on East Beech Street following a 911 call reporting smoke and flames coming a single wide mobile home. First responders arrived on scene to find the blaze consuming the left side of the residence.

Walton County Fire Rescue crews quickly began battling the blaze. Fortunately, there were no residents inside the home when the fire broke out.

In just under an hour, firefighters had the blaze under control and began an extensive overhaul. Walton County Fire Rescue crews cleared the scene at 3:04 AM.

The cause of the fire is unknown at this time. The State Fire Marshal’s Office was contacted to investigate the origin of the fire.