At 2:54 AM Thursday morning, Walton County Fire Rescue crews were dispatched to 960 State Line Road in reference to a residential fire. The caller stated that she woke up in the middle of the night and saw flames on the ceiling of her bedroom. Firefighters and Paramedics arrived within minutes to find part of the home fully engulfed in flames. Fortunately, both residents made it out of the home safely and no one was injured. The residents were able to save one of their two family dogs. Unfortunately, Walton County Fire Rescue firefighters were unable to save the second dog.

Walton County Fire Rescue, Florala Fire Department and Lockhart Volunteer Fire Department crews battled the fire for over an hour and a half before the fire was contained. One WCFR firefighter suffered minor injuries while fighting the blaze and was transported and released from a local hospital. 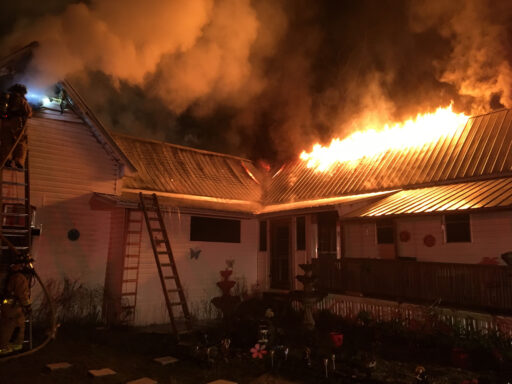 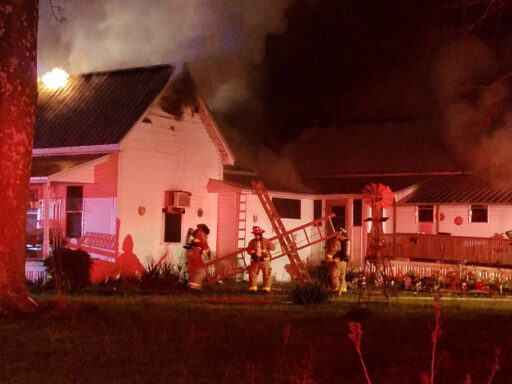 Electrical issues are believed to be the cause of the fire. Fire rescue crews cleared the scene just before 9:00 AM this morning. The American Red Cross was called out to assist the residents of the severely damaged home.