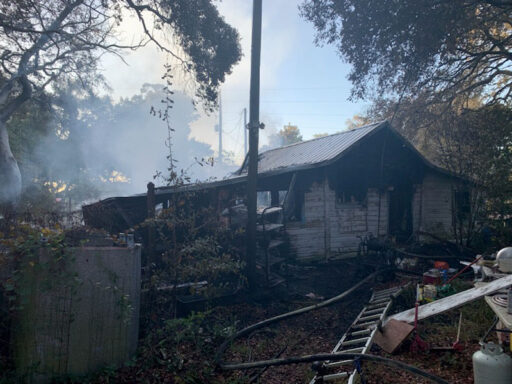 Just before 5:30 AM on Saturday, September 21, 2019, a 911 call promptly dispatched Walton County Fire Rescue and Walton County Sheriff’s Office deputies to a home on County Line Road in reference to a house fire. When first responders arrived on scene, they found flames coming from a two story wood frame home. The fire had also engulfed a single wide trailer and a shed at the rear of the property and was threatening a nearby travel trailer that the residents lived in part-time. Firefighters quickly began battling the blaze.

While Walton County Fire Rescue and North Bay Fire District worked to knock down the flames engulfing the home, a small brush fire broke out nearby but was quickly extinguished. After fighting the fire for several hours, firefighters were able to contain the fire before the travel trailer, the only remaining structure on the property, was severely damaged. 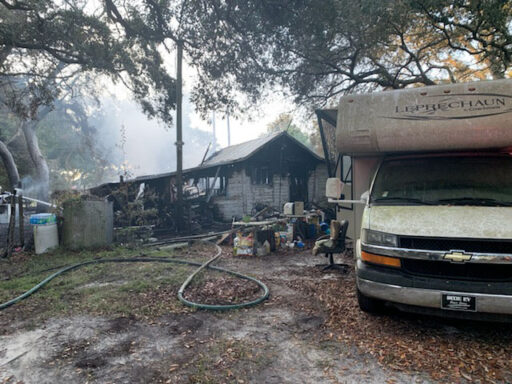 One resident suffered minor burns while escaping the house fire. Unfortunately, the family’s two dogs and two cats did not make it out of the home in time.

The cause of the fire is unknown at this time. American Red Cross was contacted to provide aid to the residents of the damaged property.