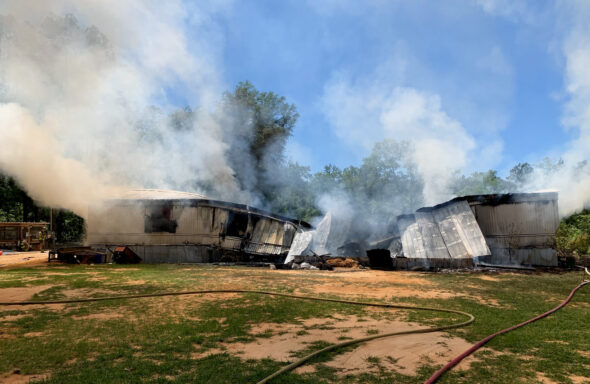 BRUCE, Fla—Firefighters respond to a structure fire on Clark Circle after a Walton County resident reported seeing smoke coming from a nearby home.

Firefighters fought the flames for about an hour before the fire was fully extinguished. Fortunately, no one was home at the time of the fire. Walton County Fire Rescue cleared the scene just after 4:00 PM. 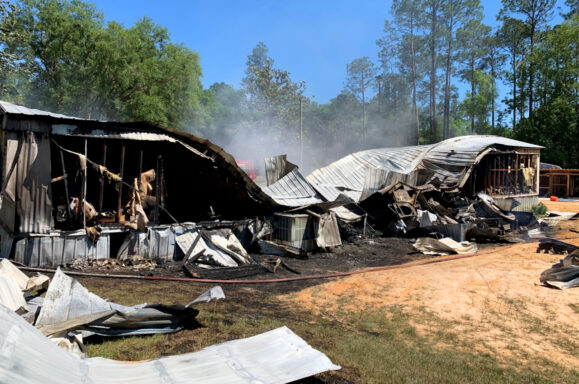 The fire’s origin is still unknown at this time. The State Fire Marshal’s Office responded to investigate the cause of the fire.