TWO BEHIND BARS FOR GRAND THEFT AFTER WHITE MAGIC SCAM 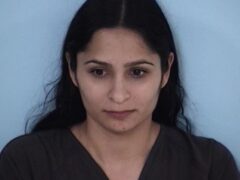 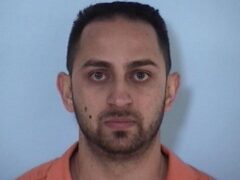 Last night around 5:00 PM, the Walton County Sheriff’s Office received a fraud call from a resident of Driftwood Estates in Santa Rosa Beach. The victim stated that she invited Katiria Rodriguez Correa, 19, and Miguel Vega, 29, into the residence to bless her home and her belongings. Of those belongings was $10,000 in cash. “White magic,” sometimes embedded in traditional religious beliefs, is performed for good and selfless purposes. In this case, to protect hard earned savings and jewelry. Correa asked the resident of the home to leave the room, stating that they needed to be alone while setting up the shrine and performing the blessing ceremony. Once the victim left the room, Correa and Vega fled from the home with the $10,000 in cash. While deputies were on-scene, a second victim of the White Witchcraft scam arrived, telling deputies that she had previously had jewelry stolen during a blessing ceremony in her home.

WCSO deputies were able to track down the suspects’ vehicle and located the $10,000 in cash along with six gold rings, four necklaces, two bracelets, and two pendants that were reported stolen by the two victims.

Katiria Rodriguez Correa and Miguel Vega were subsequently arrested for grand theft and were transported to the Walton County Jail.