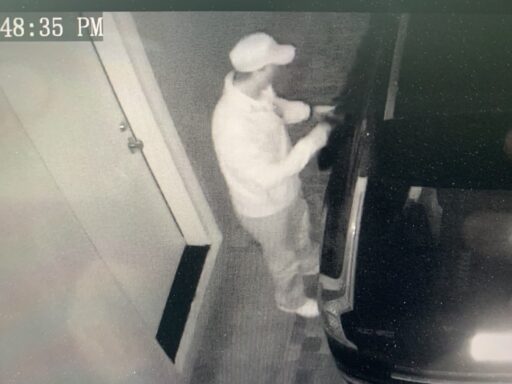 Deputies are trying to identify the suspect after they were called to multiple reports of vehicle burglaries off Geoff Wilder Lane, Clareon Drive, and Seabreeze Place on the night of January 22nd.

In surveillance video obtained from a residence off Geoff Wilder Lane, a white male is seen stealing a red bag of men’s clothing from an unsecured vehicle. The clothing was valued at approximately $250.

Video, obtained from a different residence on the same road, shows a silver SUV and a white male exit the car. The suspect was able to make entry into a white BMW and steal unknown items from the trunk of the car.

In a separate report, deputies discovered two packs of toilette paper (24 rolls) had been removed from the trunk of a car.

Another surveillance perspective from a home on Geoff Wilder Lane showed the same vehicle and person attempt to enter two vehicles in the driveway. However, the vehicles appeared to be locked therefore no entry was made. 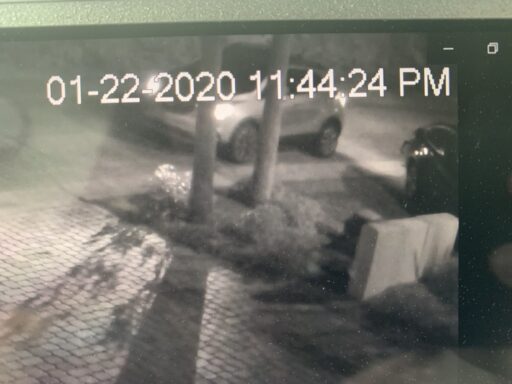 Two vehicles were burglarized at a home on Clareon Drive where a cellphone, wrench set, a Kobalt Torx set, cash, pocketknives, and other tools were stolen. In addition, a victim whose residence is located off Seabreeze Place had a purse and make-up bag stolen from an unlocked vehicle left in an open garage.

All instances appear to be the same suspect described as a white male, wearing a ball cap, white tennis shoes, and long pants.

“We can’t impress upon people enough to lock their doors,” said Sheriff Michael Adkinson. “These criminals are looking for opportunity and we must work together as a community to help deter them from succeeding.”

Anyone with information regarding the suspect’s identity is asked to call the Walton County Sheriff’s Office at (850) 892-8186 or you can remain anonymous by calling Emerald Coast Crime Stoppers at (850) 863-TIPS. Submit a web tip at http://www.emeraldcoastcrimestoppers.com/ or send a mobile tip using the P3 Tips Mobile Application or the Walton County Sheriff’s Office smartphone app. You could be eligible for a cash reward.