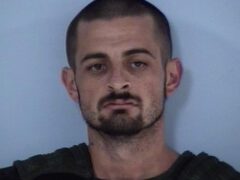 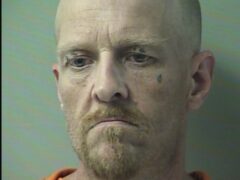 WALTON COUNTY, FL— Two men are charged with homicide following the discovery of a body in a shallow grave in Crestview. The third is charged with accessory to the homicide.

A search of the vehicle was conducted where investigators found large amounts of blood staining consistent with an injury that could not be survivable.

During the investigation that followed, two individuals were identified as persons of interest in the homicide; Shawn Bennett and Thomas Pride.

Evidence and witness statements corroborated both men planned to meet the victim at Kelly Place with the intent to kill and rob him.

On August 24th investigators located the victim’s body in a shallow grave off of Chapperal Street in Crestview.

After an autopsy, it was determined the victim died from a single gunshot wound.

Thomas Pride was located and arrested Friday, August 27th by Okaloosa County Sheriff’s Office. He was extradited to Walton County Jail the following day and charged with an open count of murder.

Shawn Bennett was arrested by Okaloosa County Sheriff’s Office on unrelated charges on August 20th and is pending extradition to Walton County. Bennett is charged with an open count of murder and was served September 1st at the Okaloosa County Jail.

Stephen Trexler was arrested Thursday September 2nd and will be charged by Okaloosa County Sheriff’s Office as an accessory to the homicide for his involvement in the days following the killing.