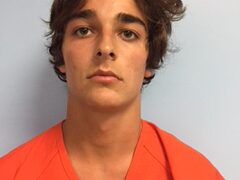 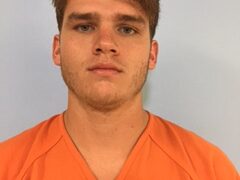 At 6am Wednesday multiple residents in the Nature Walk subdivision reported their cars had been burglarized and items missing. In addition, a model home in the community had been vandalized.

While canvassing the area deputies located burned AAA papers in front of 27 Cinnamon Fern Lane near one of the victim’s property. Also located at the rear of the residence was a club head cover identified by a victim as possibly belonging to him.

Parked in the driveway behind the home was a vehicle with damage to the left rear fender. The vehicle matched the plate and description of a car involved in a hit-and-run on Interstate-10 early Monday morning.

Mark Billiot, 18, and Donovan Estrada, 18, were taken into custody from the home. During interviews both admitted to the burglaries.

Further investigation revealed, the two had used “Snapchat” to highlight their activity since arriving in Walton County. In the videos, Billiot and Estrada showoff multiple pairs of Ray-Bans sunglasses, which they claim to have purchased while in Panama City Beach. A Walton County Sheriff’s Office crime analyst discovered the same sunglasses had been stolen from suspects matching the description of Billiot and Estrada from Sunglass Hut at Pier Park in Panama City Beach. Panama City Beach Police was contacted and is following up on the case.

Billiot and Estrada were arrested for burglary; multiple counts of vehicle burglary, criminal mischief over $1,000, and grand theft. More charges could be forthcoming.