SUSPECT BRANDISHES WEAPON IN SNATCH AND GRAB ROBBERY ON THE BEACH IN WATERCOLOR; ARRESTED BY WCSO 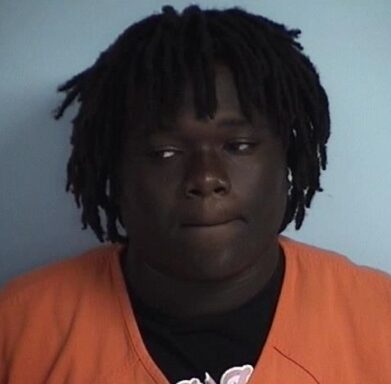 WALTON COUNTY, Fla— A suspect who revealed a firearm in his waistband during a robbery late Monday night is quickly apprehended and arrested.

Walton County Sheriff’s Office was called to Mystic Cobalt Street in Watercolor around 11:30 pm following the report of an armed robbery.

The two victims, 16 years of age, told deputies they were walking on the beach around 11 pm when they were approached by a tall black male with short dreadlocks wearing black gym shorts and a black t-shirt.

The victims said the subject showed them a firearm tucked into his waistband before snatching the victim’s belongings from her hands and running off.

Through social media and open-source investigative techniques, investigators were able to identify a person of interest, Uriah Alam Maurise Frith, 17, of Freeport, who stands approximately 6’ 4” and 275lbs.

The suspect’s vehicle was located near the intersection of County Road 283 S and 30A where investigators conducted a traffic stop.

Under Frith’s seat was a black handgun, which Frith immediately admitted was a BB Gun. Firth also admitted to taking the victim’s $70.00 which was in his pocket.

Frith was arrested for robbery with a firearm. He was transported and booked into the Walton County Jail.