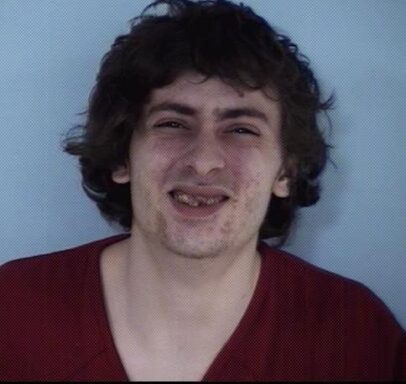 Paxton, FL — A stabbing early Thursday morning has resulted in the arrest of a 21-year-old man after the victim was rushed to a nearby hospital.

At 4:45 a.m. on June 3, 2021, Walton County Sheriff’s Office deputies and Walton County Fire Rescue EMS crews were dispatched to a home on Sandy Ramp Road following a 911 call from the victim reporting he had just been stabbed. When deputies arrived on scene, they found the suspect, Jack Cranford IV, standing behind a large dirt pile wearing all black clothing and a face covering. Deputies detained Cranford who was found to be in possession of a black knife with blood on the blade and two 9mm bullets.

Deputies located the victim lying face down on a trampoline outside the residence with a large laceration in his lower back. The victim told authorities he awoke to Cranford screaming in his bedroom. The victim went to the suspect’s room and asked him to be quiet because other members of the household were sleeping. When the victim turned to leave the room, Cranford stabbed him in the back with a knife.

Jack Cranford IV was arrested for aggravated battery with a deadly weapon and is currently awaiting trial in the Walton County Jail.