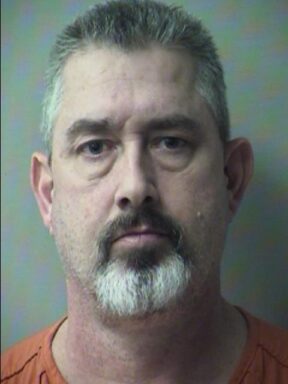 WALTON COUNTY, Fla— A former South Walton High School Teacher and Coach is back behind bars after further investigation reveals additional victims in his effort to solicit romantic relationships with students.

Robert Hartness, 52, was arrested for a second time in less than a week at his home in Niceville by Okaloosa County Sheriff’s Office.

His arrest is the latest charge stemming from a Walton County Sheriff’s Office investigation into his attempts to solicit a romantic relationship with students via text message by sending photos and inappropriate text messages.

“Parents entrusted this man with their children and he betrayed that trust,” said Sheriff Michael Adkinson. “He used his position to manipulate these young women and abuse his title as their teacher.”

Hartness was served with a warrant at his home on Phyllis Avenue which included numerous felony charges including authority figure soliciting romantic relationship with a student, soliciting a minor for sexual conduct, and use of a two-way communication device in the commission of a felony.

Hartness was brought to the Okaloosa County Jail and is awaiting extradition back to Walton County.

Additional charges may be forthcoming.

Walton County Sheriff’s Office would like to remind the public that the identities of victims are not public record. In addition, any attempt to harass or threaten anyone is a violation of Florida law that will be investigated and upheld by this office.