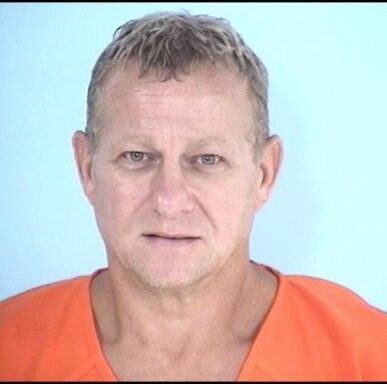 WALTON COUNTY, Fla— A second suspect in a road rage incident in June is arrested and facing charges of aggravated assault.

Lanier was issued a warrant for his involvement in the attack of two individuals at a drive-thru in Miramar Beach on June 28th.

Lanier and three other men including Blake Roberson, 34, aggressively approached the vehicle following a brief exchange on Highway 98. Lanier punched the passenger in the head and face area. The victim then exited the vehicle at which time all four of the suspects continued their assault. The victim sustained a broken jaw.

Roberson was quickly identified as a person of interest from video captured on the victim’s cell phone. He was booked into the Walton County Jail on July 11th. Lanier was also identified through the work of investigators in the Walton County Criminal Investigations Bureau.

Lanier was extradited from Okaloosa on Wednesday, July 24th and at the time of this release is still incarcerated.

Walton County Sheriff’s Office is still investigating this case and working to identify the other two suspects in the video. More arrests are expected. 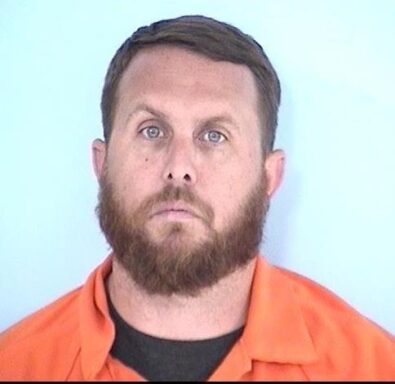 WALTON COUNTY, Fla – One of four men suspected of assaulting two victims after a road rage incident has turned himself in and another has been identified.

Blake Roberson, 34, of Destin, Florida turned himself into the Walton County Jail Thursday afternoon. He posted a $10,000 bond after he was charged with aggravated battery.

Another suspect caught on the victim’s cell phone video of the attack has been identified and warrants are being submitted to the state attorney’s office for review.

More information will be released once it is available.

MIRAMAR BEACH, Fla— A road rage incident leads to an altercation in the drive-thru of a Walton County fast-food restaurant. Now, four are being sought by Walton County Sheriff’s Office. 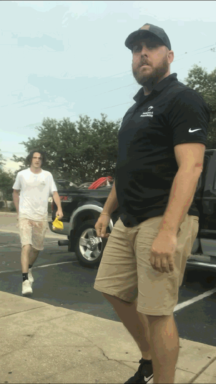 On June 28th deputies were called to Taco Bell in Miramar Beach to a physical disturbance. The two victims told deputies they had been attacked by four males driving a black Ford pick-up truck. The victim’s said they were traveling westbound on Highway 98 when they passed a black Ford using the left lane of travel. The driver of the truck began tailgating them as they approached the intersection of Poinciana Boulevard illegally maneuvering through traffic to follow the couple.

The two turned into the parking lot of Taco Bell as they entered the drive-thru which is located behind the building. The unknown males drove past the front of the building, parking their vehicle on the east side of the restaurant as they exited to confront the couple while they ordered food.

The subjects aggressively approached the vehicle in the drive-thru and one of the men was able to reach inside and punch the passenger in the head and face area. The victim then exited the vehicle at which time all four of the suspects continued their assault. In addition, the men were able to get a flashlight from the victim’s possession and use it to continue to attack him. The victim sustained a broken jaw.

While the attack was taking place, the other victim exited the driver side of the vehicle to retrieve a flashlight that was taken by one of the subjects during the argument. The victim said one of the men used two hands to grab her by the throat to shove her away as he attempted to close the front passenger door of the truck before fleeing the scene.

Employees of Taco Bell were able to assist the investigation in allowing Deputies to view video surveillance of the altercation. In addition, the victim was able to capture a few moments before and during the initial attack.

Video surveillance shows the suspect vehicle, which is described as a newer model black Ford F-250 diesel with silver trim.

One of the four suspects was identified by Walton County Sheriff’s Office Investigators as Blake Roberson, 34, of Destin, Florida, and owner of Pristine Paint and Pressure Washing.

The other two men can be seen in screenshots from the victim’s cell phone video.

The remaining suspect is described as a black male, approximately 6’1 with dreadlocks, wearing black shirt and black pants.

Anyone with the identity of the remaining suspects, the location of Roberson, or further information regarding this incident is asked to call the Walton County Sheriff’s Office at (850) 892-8111 or you can remain anonymous by calling Emerald Coast Crime Stoppers at (850) 863-TIPS. Submit a web tip at http://www.emeraldcoastcrimestoppers.com/ or send a mobile tip using the P3 Tips Mobile Application.