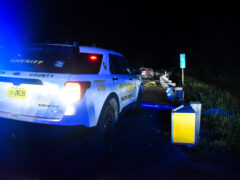 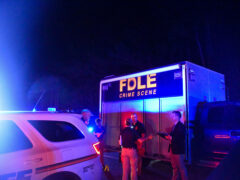 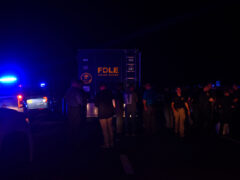 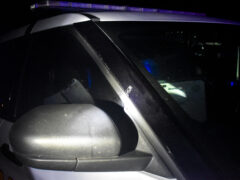 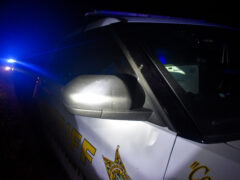 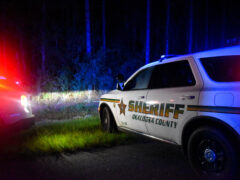 WALTON COUNTY, Fla— A suspect in an early morning robbery in Miramar Beach is in custody after opening fire during a pursuit with deputies that ended on Interstate 10.

At 5:20 am Friday, a white male entered the Circle K on Poinciana Boulevard in Miramar Beach with a gun and left with an undisclosed amount of cash.

Throughout the day, a suspect was developed.

The suspect immediately opened fire. Units continued to pursue the car eastbound into Holmes County on Highway 90 and then south onto State Highway 81 where the suspect turned westbound onto I-10.

Once the pursuit entered Interstate 10, the suspect repeatedly threw money out of the window and pointed a firearm at deputies and troopers.

DeFuniak Springs Police Department was able to spike the vehicle at the 85-mile marker, but the suspect continued hitting speeds more than 100 miles per hour. At this point, Florida Highway Patrol joined the pursuit. Okaloosa County Sheriff’s Office set up spikes at the 56-mile marker where they successfully spiked the vehicle for a second time.

The car came to a stop at mile marker 53 where the suspect exited shooting. Responding agencies returned fire, injuring the suspect. He was transported to Fort Walton Beach Medical Center. A female suspect was also taken into custody.

FDLE will be investigating the deputy-involved shooting portion of the incident.

Westbound lanes of Interstate 10 are still shut down at this time. Drivers are asked to use the Crestview exit to Highway 90 as an alternate route until the investigation is completed.