MIRAMAR BEACH, Fla—  A month-long investigation into an organized retail theft ring has resulted in criminal charges for five out of Montgomery, Alabama.

On December 19th just before 9 pm deputies responded to Tommy Hilfiger located at Silversands Outlet Mall on U.S. Highway 98 regarding a group seen shoplifting from the store.

Deputies responded quickly and located four out of the five suspects. Hernando James, 19, was seen carrying a Tommy Hilfiger bag with several clothing items inside. A quick look at surveillance video from the store showed Hernando James entering the store without a shopping bag and purchasing two items. However, more than two pieces of clothing were found in the bag. 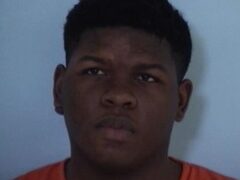 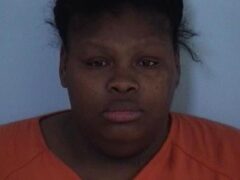 James was arrested for grand theft on scene along with Stevonda O’Neal who was an out-of-state fugitive. Also, during the investigation, Rameshia Hatcher provided a false name to law enforcement. Her mother, Ophelia Hatcher, knew Rameshia was giving a false name while they both spoke to deputies on scene. A car was located in the parking lot beside a large pile of clothes.

Inside of the vehicle were several garbage bags and store alarm tags. The vehicle was seized, and a search was conducted at a later date.

Investigators found more than $6,000 in stolen merchandise inside of the car from several different stores including Victoria’s Secret, Bath & Body Works, Justice, Michael Kors and Tommy Hilfiger. Investigators later learned the names of all those involved, including the identity of Rameshia Hatcher.

After a thorough review of the video from the store, investigators found sufficient probable cause to issue warrants for all five suspects involved for charges of coordinating in the theft of over $3,000, a second-degree felony.