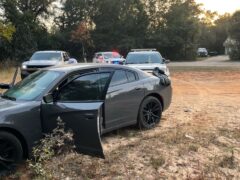 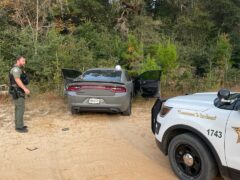 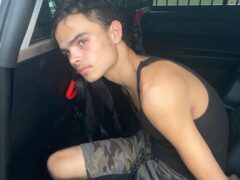 WALTON COUNTY, Fla— An Ormond Beach man is in custody after a short pursuit with a stolen vehicle Sunday.

Walton County Sheriff’s Office was alerted by the Florida Highway Patrol of a reckless vehicle traveling west through Holmes County on Interstate 10. The tag showed the vehicle was stolen out of Volusia County.

Deputies caught up with the car coming over the Mossy Head overpass. The driver, later identified as Derick Gray, 20, made a U-turn on I-10 and exited onto 285 north.

After turning eastbound on Highway 90, Gray pulled behind Simply Good BBQ stopping the car near the wood line.

Gray attempted to flee on foot but was captured moments later after a resident discovered he was hiding in his shed. He was arrested and transported to the Walton County Jail. He is charged with fleeing and eluding, grand theft auto, and operating a vehicle without a license.