PURSUIT OF STOLEN VEHICLE OUT OF OKALOOSA COUNTY ENDS IN WALTON COUNTY; ONE IN CUSTODY 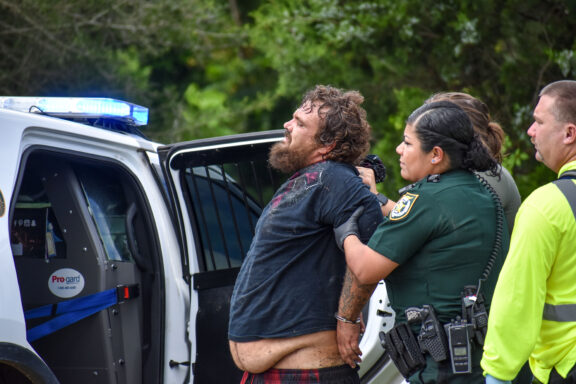 At 9:14 AM Okaloosa County Sheriff’s Office was notified of a stolen vehicle near John Givens Road. The suspect stole the white Toyota Tundra and headed northbound toward Highway 90. OCSO was able to track him thanks to a GPS tracker inside the vehicle.

Walton County Sheriff’s Office was notified and minutes later at 9:43 AM a deputy spotted the vehicle on County Road 185 headed towards Holmes County. The suspect fled from an attempted traffic stop at speeds of 100 miles per hour. 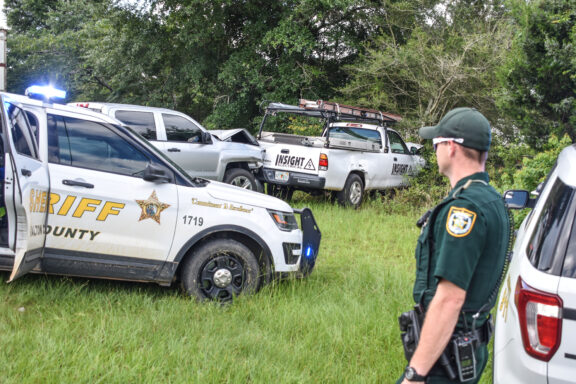 The vehicle passed into Holmes County momentarily and then back into Walton County before the suspect lost control of the truck and crashed near Mehlhorn’s Mini Mart off Highway 90 in Argyle.

The driver, Randy Melvin Cooper, 35, was taken into custody and is being evaluated for possible injuries.

Multiple charges are forthcoming out of both Okaloosa and Walton Counties. More information will be released as it becomes available.