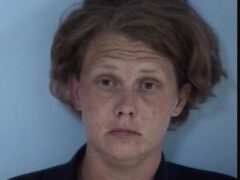 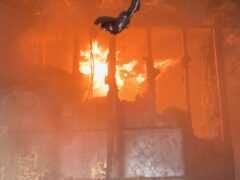 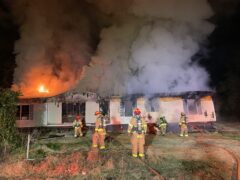 MOSSY HEAD, FL — A fire engulfing a double-wide mobile home in Mossy Head leads to the arrest of a Walton County woman.

Just after 6:30 pm Wednesday, Walton County Fire Rescue, DeFuniak Springs Fire Department, and Liberty Volunteer Fire Department responded to a residence on West Hibiscus Avenue following a 911 call from a neighbor reporting they could see smoke and flames coming from a nearby home.

When first responders arrived on scene, there was heavy smoke and flames. Firefighters were able to get the blaze under control in approximately twenty minutes.

The State Fire Marshal’s Office was notified and responded.

Walton County Sheriff’s Office Deputies spoke to the woman who was inside the home at the time who said the situation got out of control after starting a fire in the fireplace. After speaking to the homeowner, it was clear the woman, later identified as Amelia Tucker, 33, did not have permission to be inside the trailer.

During an investigation, it was learned Tucker had broken inside and had been staying there without permission since she was released from jail.

Tucker was arrested for burglary and arson and was transported to the Walton County Jail.