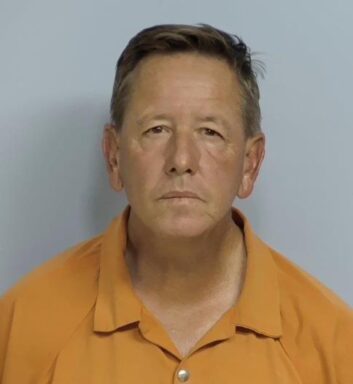 WALTON COUNTY, Fla— An on-duty Walton County Code Compliance Officer is arrested for violating an injunction for protection against stalking.

On Saturday, November 5th, Walton County Sheriff’s Office arrested Code Compliance Officer Thomas Brennan after he was found to be actively violating an injunction in place since March of this year.

The victim told deputies they were sitting on the beach with family when Brennan parked his ATV close by and sat for several minutes. The victim said the two made eye contact several times and recognized each other.

Brennan got off the ATV and began to walk in their direction within a few feet from where they were sitting so, they began video recording him. When Brennan noticed the camera, he altered his direction and walked past towards a group of people down the beach.

The victim left with their belongings and walked up the beach access to the parking lot. They told deputies, Brennan then jumped in his ATV, drove up the access, passed within a few feet of the victim, and sat in the parking lot. Brennan watched the victim for several minutes as they sat in their vehicle waiting for a deputy to arrive.

Based on video and victim statements, Brennan was arrested and transported to the Walton County Jail where is charged with violating an injunction.

Brennon retired as a law enforcement officer from Memphis Police Department in 2009 and worked for Walton County Sheriff’s Office for a brief period ending in 2012.

He was given a $1,000 bond and was released the following day, November 6th.