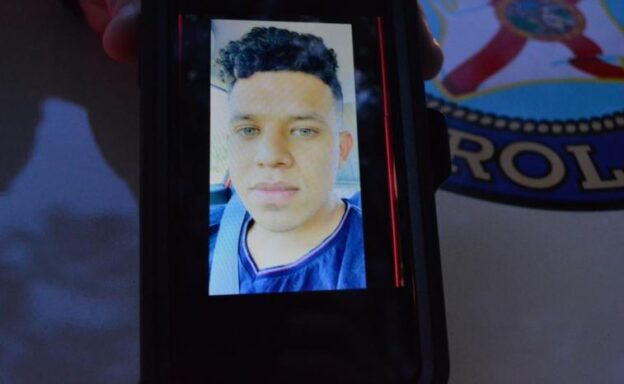 FREEPORT — New video is being released of a suspect moments before a fatal hit and run crash that killed a 25-year-old in Walton County.

Jacob Dixon, 25, of Freeport, was standing inside the travel lane on 331 when the Honda entered the median, re-entered the road, and hit Dixon.

Velasquez was seen by witnesses leaving the scene. Dixon was pronounced dead a short time later.

By 8:30 p.m. Sunday, FHP located the Honda and identified Velasquez as a suspect.

Now, Walton County Sheriff’s Office and Florida Highway Patrol are releasing video of Velasquez just hours before the fatal crash in hopes of locating him. The surveillance at the CEFCO in Santa Rosa Beach shows Velasquez parking the same Honda Sedan that was spotted leaving the scene of the crash.

Anyone with information about Velasquez’s whereabouts is asked to contact Florida Highway Patrol at *347 or 850-245-1402, the Walton County Sheriff’s Office at (850)-892-8111 or you can remain anonymous by calling Emerald Coast Crime Stoppers at (850) 863-TIPS. Submit a web tip at http://www.emeraldcoastcrimestoppers.com/ or send a mobile tip using the P3 Tips Mobile Application.