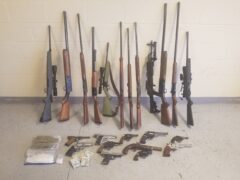 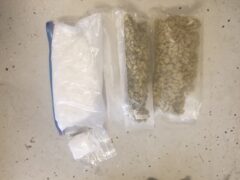 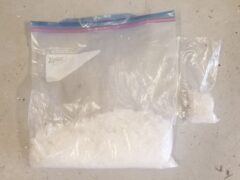 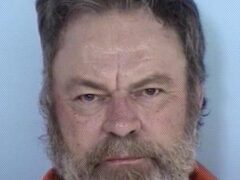 WALTON COUNTY, Fla— A DeFuniak Springs man will face a Federal Judge on charges of meth distribution after a multi-agency investigation.

On April 14, 2021, a joint investigation including Walton County Sheriff’s Office Narcotics Unit and personnel from the DEA Panama City Resident Office resulted in the arrest of David Foreman, 55, at his residence on Petunia Lane in DeFuniak Springs, Florida.

Foreman’s arrest is following a grand jury indictment that occurred earlier this month in the Northern District of Florida for multiple counts of methamphetamine distribution.

Based on evidence gathered during the investigation and additional evidence seized from Foreman at the time of his arrest, law enforcement obtained a federal search warrant for his residence and property.

A search revealed nearly one pound of crystal methamphetamine, a half-pound of marijuana, $3,811 in U.S. currency, and more than 20 firearms.

Foreman was subsequently arrested, transported to the Walton County Jail, and later turned over to the U.S. Marshal’s Service where he awaits trial in front of a Federal Judge.