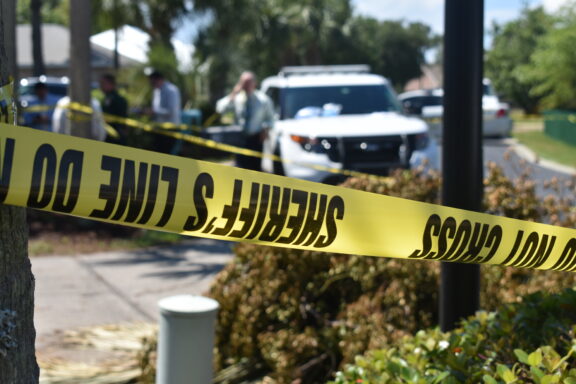 Walton County Sheriff’s Office responded to a home on White Heron Drive Tuesday morning after a 911 call regarding a homicide. When deputies arrived they found the body of 30-year-old Clinton Douglas Street with multiple gunshot wounds.

An investigation was launched and a canvas of the neighborhood quickly identified a person of interest. Crime analysts from Walton County Sheriff’s Office immediately notified authorities in Bay County regarding the suspect, 49-year-old Kevin Holroyd, who was a resident of Panama City.

Clinton Street is the live-in boyfriend of the estranged wife of Holroyd. The wife was not home at the time of the incident on White Heron Drive. Street’s family was notified of his death yesterday afternoon by authorities in Birmingham, Alabama.

For any information regarding the incident in Bay County please refer to their latest press release.