MOTHER HEARS GUNSHOTS AND SCREAMS FOR CHILDREN TO GET INSIDE; TWO BEHIND BARS FOLLOWING DRIVE-BY SHOOTING 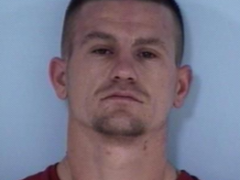 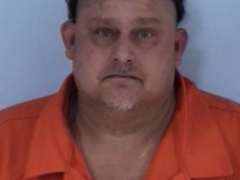 WALTON COUNTY, Fla— Mother screams for her children to get inside after hearing at least three rounds fired just outside of their home, and now, two men are behind bars facing felony charges. Investigators are working to locate a possible third party involved.

On March 14th a woman was sitting on the front porch of her home on Valley View Boulevard in Mossy Head watching her two children riding their bikes when she saw a dark SUV pull up next to a man riding a dirt bike on their road. The driver, later identified as Michael Jonathan McKay, pulled the SUV onto the side of the road as the passenger in the back seat behind him, later identified as Christopher Kale Collins, rolled down the window and began shooting at the victim on the dirt bike, less than twenty yards away from the children playing in the yard. The suspects then exited the vehicle and got into a verbal altercation with the victim before fleeing the scene.

Both men were also charged with accessory to discharging a firearm from a vehicle within 1,000 feet of a residence.

WCSO investigators are still working to locate a possible third party involved in the incident.

Fortunately, no one was injured in the shooting.