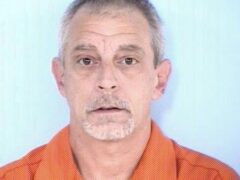 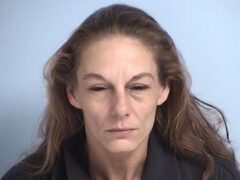 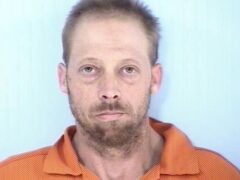 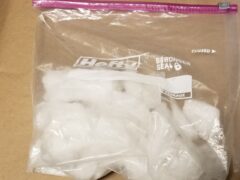 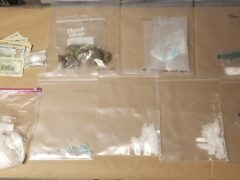 WALTON COUNTY, Fla— More than a pound of methamphetamine is taken off the street following a multi-agency narcotics investigation in DeFuniak Springs.

A joint investigation by the Walton County Sheriff’s Office, Florida Department of Law Enforcement, and the DeFuniak Springs Police Department resulted in the execution of a search warrant at 2763 Oakridge Road in DeFuniak Springs, Florida on Wednesday, February 17th.

During the search, nearly 500 grams of methamphetamine was discovered along with oxycodone, Dilaudid, suspected fentanyl pills, and heroin. Investigators also located $400 in U.S. Currency.

John Phillip Blizzard, 54, is charged with trafficking methamphetamine and two counts of possession of a controlled substance.  He received a $50,000 bond and is still incarcerated at the time of this release.

Stacie Gwyn Sanders, 40, is charged with possession of methamphetamine. She received a $5,000 bond and is still incarcerated at the time of this release.

Christopher Alan Lewis, 36, is charged with possession of methamphetamine and the introduction of contraband into a correctional facility. The second charge stems from deputies locating a bag of methamphetamine on his person while booking him into the Walton County Jail. He was given a $10,000 bond and is still incarcerated at the time of this release.