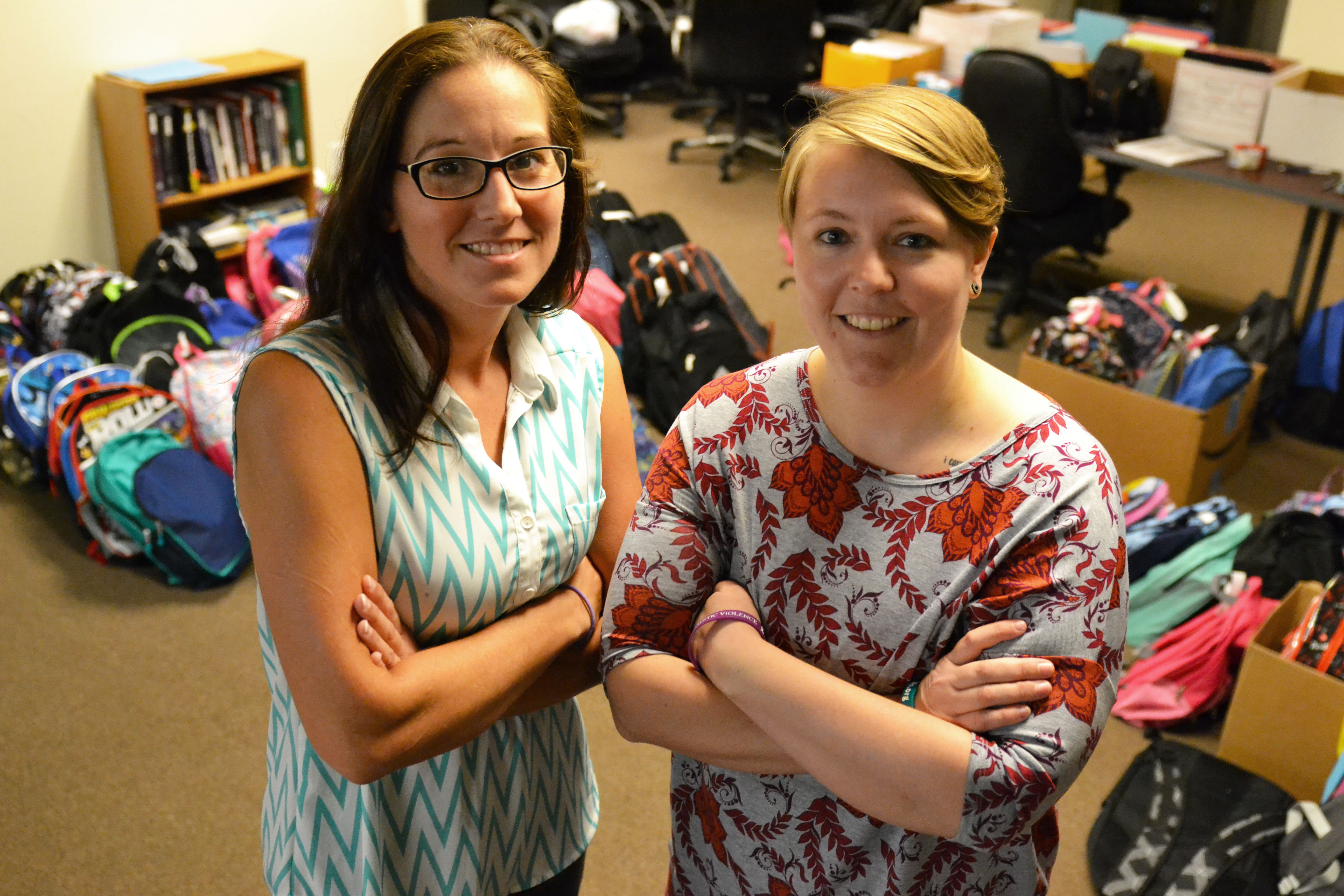 Backpack after backpack Ashley Foushee and Beth Armstrong packed until their backs literally hurt. But, the pain would be worth it for more than 280 students about to embark on another school year in Walton County.

For the third time, Walton County Sheriff’s Office put out the call for help providing less fortunate children what they need to head back to the classroom. The WCSO backpack drive was birthed with the idea that a new bag and some fresh school supplies would give children some much needed confidence heading into the new school year.

Foushee and Armstrong have a combined 15 years at the agency and each year they spend countless hours collecting supplies, organizing applications, and tagging bags for delivery.

We've got 234 backpacks stuffed & ready to go from our #BackpackDrive!

“The backpack drive without a doubt would not be as organized or as successful without the help of these two compassionate ladies,” said Captain Angie Hogeboom.

Hogeboom is the Captain over the Criminal Investigations bureau, which acts as ground zero for the effort, with backpacks scattered all over the upstairs offices of WCSO’s North Administration building.

“They genuinely love to help others and were committed to making this event memorable for the children every single year,” said Hogeboom.

Times are tough for many families in Walton County; evident in the applications that came piling in for this year’s drive.

Armstrong knows that all too well, serving as the victim’s advocate for the agency over the past seven years. Many call Foushee a “jack-of-all-trades” in her role of Administrative Assistant for CIB taking phone calls, doing research, and handling any other tasks investigators throw her way.

The community answered the call for help with haste. Several local businesses and community members donated a number of backpacks into double digit numbers with a grand total of 318 bags donated, not including supplies.

“We had so much support this year,” said Sheriff Michael Adkinson. “Everyone made it their mission.”

Typically, Foushee and Armstrong stay behind the scenes making sure the effort runs smoothly. But, this year was the first they delivered backpacks and put a face to so many inked names on applications.

“That’s why we do it,” said Foushee. “It’s the ultimate reward.”

The final tally of students who received backpacks during the WCSO Backpack drive is 284. More backpacks are available for those who need them. Click here to learn more and apply.