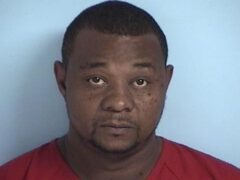 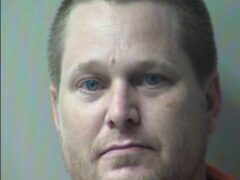 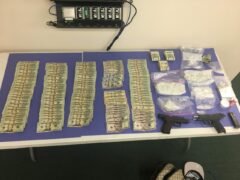 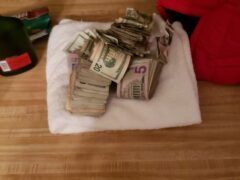 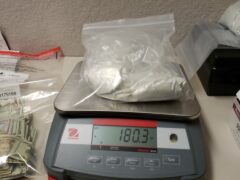 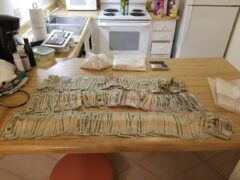 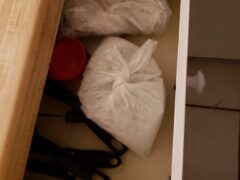 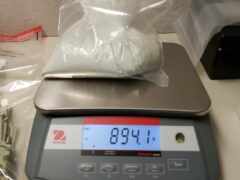 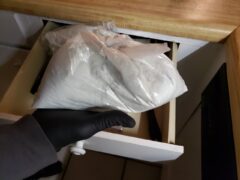 WALTON/OKALOOSA/SANTA ROSA COUNTIES, Fla— A drug ring supplying meth and heroin to three Northwest Florida Counties has been dismantled thanks to the work of VICE/Narcotics Investigators across multiple agencies.

The multi-agency effort has resulted in four arrests along with the recovery of firearms, large quantities of heroin, methamphetamine, and cash in Okaloosa, Walton, and Santa Rosa Counties.

Wednesday, October 9th, the hard work behind this investigation came to fruition when narcotics officers and task force members served an arrest warrant at Pelican Beach Resort in Destin and executed a search warrant at Sea Cabins in Miramar Beach leading to the arrest of two drug dealers involved in a massive drug trafficking ring.

The charges for these four men include trafficking in heroin, trafficking in methamphetamine, weapons charges, and resisting arrest. Jones was also wanted out of Alabama for Parole Violation.

Throughout the entire investigation, case agents recovered more than 2,165 grams of heroin and approximately 341 grams of methamphetamine, four firearms, and more than $55,000 in U.S. Currency. The street value of heroin seized exceeded $270,000 and $14,600 in meth.