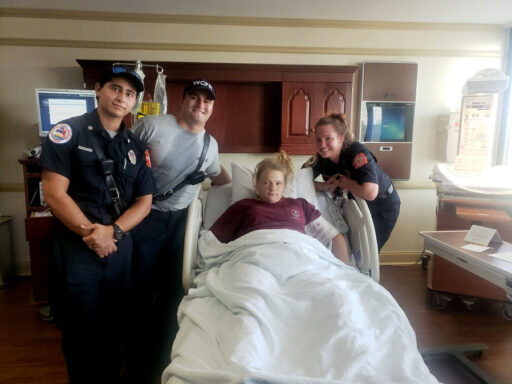 Lieutenant Sarah Earley quickly jumped into action, and with the help of WCFR Firefighter/EMT’s Hunter Smyly and Tristen Martins as well as Firefighter/EMT James Stultz with the DeFuniak Springs Fire Department, began preparing the mother for childbirth. 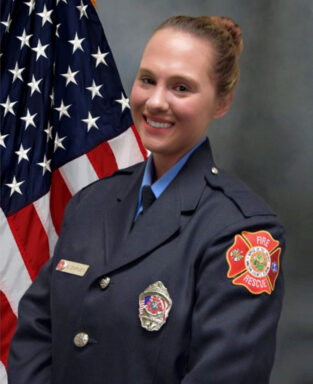 “I knew we didn’t have much time,” says Lieutenant Sarah Earley. “So, I just did my best to make her as comfortable as possible and got ready to help.”

At 4:00 PM, with a little assistance from first responders, the mother gave birth to a beautiful baby boy.

The mother and child were loaded up in the ambulance and were en route to a local hospital when the young woman unexpectedly began to give birth to a second child. At 4:16 PM, with the help of Lieutenant Earley, the mother gave birth to a second baby boy. Unfortunately, the infant was delivered in the breech position and was unresponsive. Lieutenant Earley immediately began performing life-saving measures on the infant.

After ten minutes of continuous resuscitation efforts, Lieutenant Earley was able to revive the baby boy.

“It was pretty stressful there for a minute,” said Earley. “But once he started crying, we all breathed a huge sigh of relief. These are the moments that remind us why we do what we do. The moments we’ll always cherish. It was an afternoon we won’t soon forget.”

Walton County Fire Rescue transported the mother and twin baby boys to a local hospital where all three are in good health.