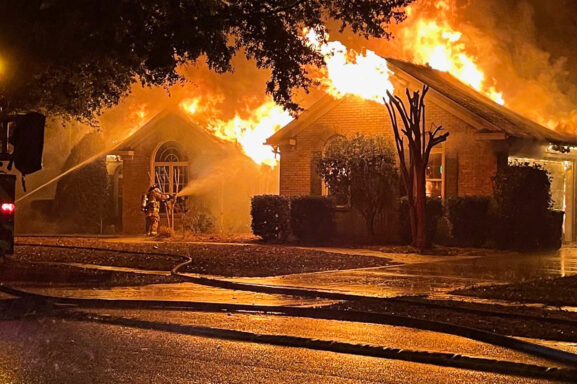 Walton County Fire Rescue firefighters rushed to a home early this morning after a neighbor reported seeing heavy flames coming from the house across the street.

At 4:47 a.m. on Wednesday, March 23, 2022, Walton County Fire Rescue and Walton County Sheriff’s Office deputies were dispatched to a home on Club House Drive in the Windswept Estates community in Freeport following a 911 call reporting a house fire. The caller stated they heard “an explosion,” and when they looked outside, they saw flames coming from the residence across the street.

Firefighters arrived on scene to find flames engulfing a large, single-story home. Walton County Fire Rescue battled the fire for nearly an hour before containing the massive blaze.
The homeowners were not injured in the fire, but, unfortunately, the family’s dog was later found deceased in the residence.

The State Fire Marshal’s Office responded to the scene and confirmed the fire was caused by a lightning strike. American Red Cross was contacted to assist the owners of the damaged home. 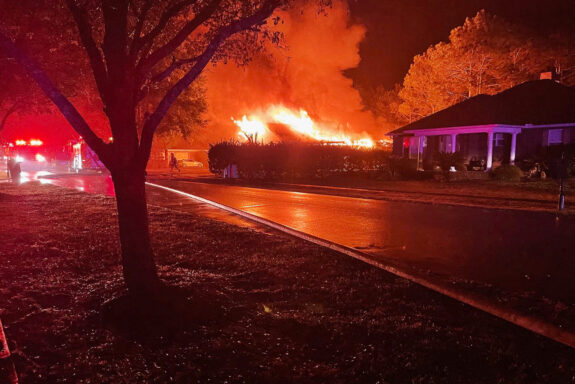 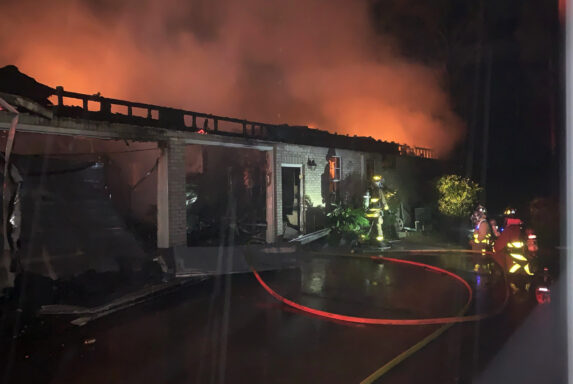 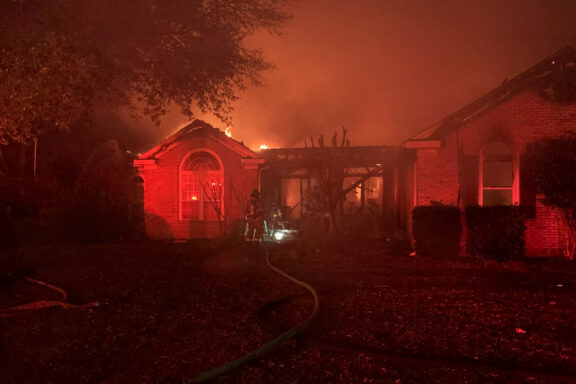