LEWD AND LASCIVIOUS SUSPECT GETS $1M BOND; TARGETED 13-YEAR-OLD VICTIM AND BOUGHT HER A PHONE 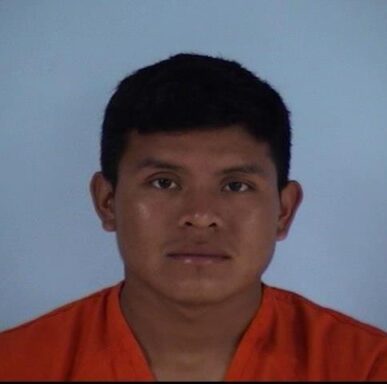 WALTON COUNTY, Fla— A 23-year-old man is arrested and given a $1 million bond after he sexually battered a 13-year-old girl.

On March 31st Walton County Sheriff’s Office received a report that an adult male had sex with a 13-year-old female. Deputies responded and interviewed the victim who stated the suspect, identified as Antonio Domingo Mendez, went to her home after waiting for the adults to leave and had nonconsensual sex with her. She also told investigators that Mendez was a family acquaintance.

Following the incident, Mendez told the victim not to tell her parents or relatives. In addition, he purchased a cell phone for the victim and continued to call and text her.

“We urge parents to closely monitor a child’s behavior such a having a cell phone that you may not have purchased,” said Sheriff Michael Adkinson. “The slightest change in their behavior could indicate something is wrong.”

Mendez was interviewed on April 4th and subsequently arrested for lewd and lascivious battery on a minor over the age of 12 and under the age of 16. The charge is a 2nd-degree felony.

He was transported to the Walton County Jail and given a $1 million bond.