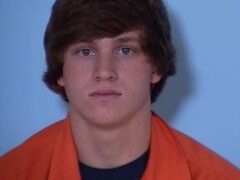 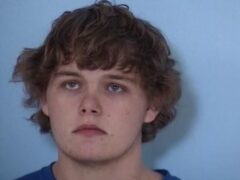 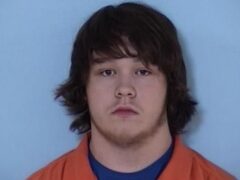 Walton County, Fla— Three teenagers are charged after causing major damage to several vehicles in Freeport. In one case, a man’s windshield is shattered as he drove down Highway 20.

On October 15th deputies responded to call from a man who said while driving by Alaqua Creek Park something hit his windshield causing it to shatter on the passenger side. Two other drivers traveling down Highway 20 reported being hit with objects as they passed Alaqua Creek Park. The area was patrolled heavily for any people, but nothing was found.

On October 20th deputies were dispatched to the Portland Self Storage located on Site C-6 Road in reference to a complaint a vehicle was hit by rocks while traveling on Highway 20.  The victim advised she was driving westbound on Highway 20 turning north onto Site C-6 Road when her vehicle was struck. She heard two loud bangs and her windshield cracked near the bottom.

Further investigation over the next several months revealed three juveniles Trevor Wright, 17, Morgan Cooke, 17, and Levi Garner, 15, were in the area at the time of each of these incidents. All three were arrested for throwing a deadly missile, which is a felony, and multiple criminal mischief charges. Wright was also charged with intimidating a witness. All three were booked into the Walton County Jail and transferred to the Department of Juvenile Justice.

“These are serious crimes with serious consequences,” said Sheriff Michael Adkinson. “We are lucky our response wasn’t to a crash as a result of their actions.”