JUSTICE TO BE SERVED IN MISTAKEN IDENTITY SHOOTING THAT LEFT DEFUNIAK WOMAN, MOTHER PARALYZED; FOUR TO BE CHARGED 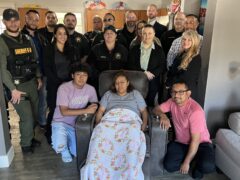 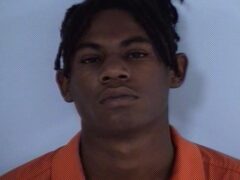 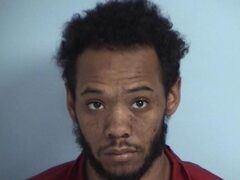 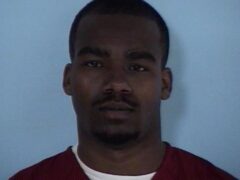 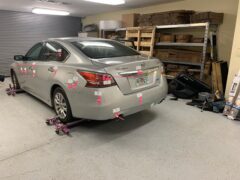 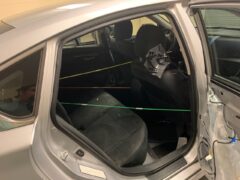 WALTON COUNTY, Fla— Four are being charged with attempted murder for the January 2021 shooting that left a DeFuniak Springs woman paralyzed from the chest down.

Charges come a year to the day that changed the course of the victim’s life forever.

On the evening of January 10th 2021, suspects fired more than 16 bullets at Juana Arano’s vehicle as she drove on Highway 90 in DeFuniak Springs. One of those bullets struck her in the back, severing her spinal cord, leaving her unable to feel anything below her sternum.

It was a shooting so senseless that suspects made a second pass at the vehicle, firing at a scared and confused Arano.

Unbeknownst to the suspects, they had not hit their intended target. While all four had the intention of violence that night in January Juana Arano became the victim in a case of mistaken identity.

It’s a day that still haunts Juana Arano in her dreams. But, the incident left the mother of two living a real-life nightmare; unable to move without the aid of a wheelchair.

“The hell the Arano family has gone through since that night has tested the very core of their beliefs,” said Sheriff Michael Adkinson. “But, our community has rallied around them and justice is here.”

During the course of the investigation, information was gained identifying four suspects as having involvement in the “drive-by” style shooting.

Elijah Neal, 20, along with Glenda Hamilton, 23, Khalil Staley, 22, and Nicholas Campbell, 21, are being charged with conspiracy to commit murder, attempted murder, and firing a gun into an occupied vehicle.

“While they were out walking around living normal lives, the Arano family was trying to navigate this tragic situation that has affected all of their lives,” said Sheriff Michael Adkinson. “I am proud that our investigators can put this case to rest and bring peace to the victim and her family. Justice will be served.”

Elijah Neal was arrested on January 6th and booked into the Walton County Jail.

Hamilton is currently incarcerated on unrelated charges and has been sentenced to 30 years in the Department of Corrections.

Nicholas Campbell turned himself in to the Walton County Jail Sunday, January 9th.

Khalil Staley is still at large. Anyone with information regarding his whereabouts is asked to contact the Walton County Sheriff’s Office at (850)-892-8111 or you can remain anonymous by contacting Emerald Coast Crime Stoppers at (850)-863-TIPS (8477). You could be eligible to receive a cash reward.

To donate to the Arano family, please visit their GoFundMe.