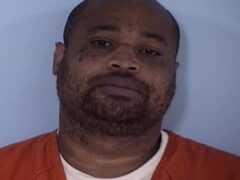 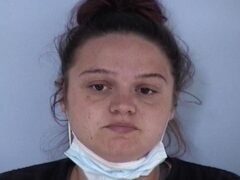 WALTON COUNTY, Fla— A Defuniak Springs woman and her boyfriend are arrested after torture and abuse are discovered following a child’s death.

On the evening of June 6th, Walton County Sheriff’s Deputies responded to the 1400 block of Highway 183 S following a 911 call regarding an 8-year-old boy who was unresponsive.

The child was transported but was later pronounced dead.

After the child’s death, an investigation was launched into the cause and the well-being of a 7-year-old girl also living inside the home.

On the evening of the child’s death, Williams left before deputies arrived. It was later found Williams was avoiding arrest on charges of violation of parole.

On June 7th Williams was located and arrested for the outstanding warrant.

Following the death of her son, Cawthon’s 7-year-old daughter was removed from her custody.

An investigation would reveal both children sustained injuries consistent with physical abuse and torture at the hand of Williams.

In addition, despite his discomfort and symptoms on multiple occasions, Cawthon did not seek medical attention for a cardiac condition her son was diagnosed with at birth. In the last five years, neither child had been to a doctor, received immunizations, or seen a dentist despite having access to free medical care.

Medical findings from the 8-year-old child’s autopsy read, “Based on cardiac history, no recent medical care, and a systemic bacterial infection related to his cardiac condition, the child protection team findings for medical neglect are positive. It is clear had he received the necessary and timely medical intervention, he would most likely be alive today.”

“No child should suffer the way these two kids have suffered,” said Sheriff Michael Adkinson. “These charges are the result of a relentless investigation into the truth and finding those responsible for that suffering.”

Both Cawthon and Williams are currently are in Walton County Jail and have not been bonded out at the time of this release.