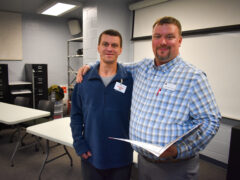 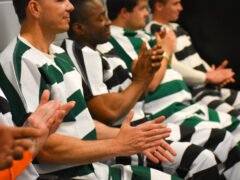 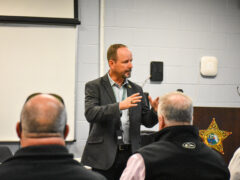 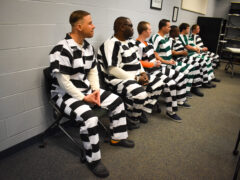 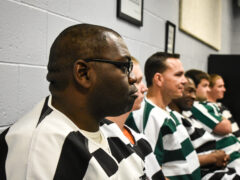 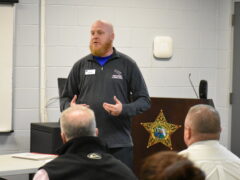 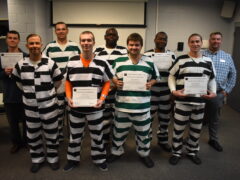 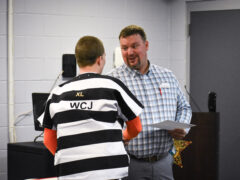 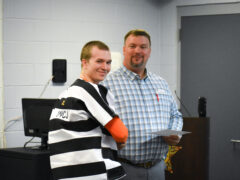 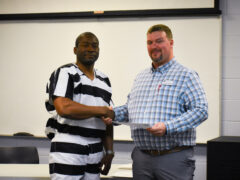 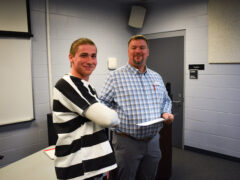 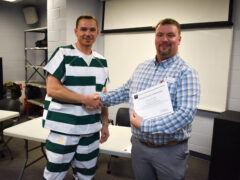 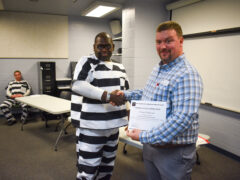 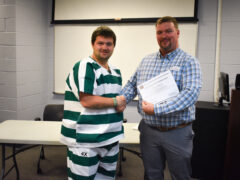 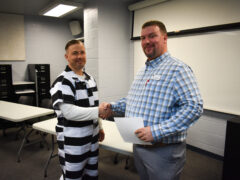 Hurst is part of the seventh class of inmates to graduate from the welding program while incarcerated at the Walton County Jail.

Wednesday, the staff held a ceremony to recognize their completion of the program. Hurst, who was released Tuesday night at midnight, walked from a hearing at the courthouse to the jail to attend.

“I appreciate the opportunity to be here,” said Hurst.

He traded his stripes for a visitor's badge.

Why? To attend graduation from a welding course he completed at the Walton County Jail.#WednesdayWisdom pic.twitter.com/ruiiv7VGMw

The eight men, two from Escambia County and six from Walton County, spent the last six weeks learning the trade thanks to a partnership between Walton County Sheriff’s Office and Northwest Florida State College.

For the first time since the program’s birth, all eight men passed the American Welding Society certification test.

“We are proud of their accomplishment,” said Sheriff Michael Adkinson. “They’ve earned it. Now, it’s their choice to put it to work.”

Northwest Florida State College Director of Professional and Workforce Training announced the men will be able to apply their certificate towards 400 contact hours required for the flux core welding course if they choose to attend the college in Niceville.

After the ceremony, students were given the opportunity to interview with the Emerald Transformer’s Hiring Specialist.

“Our mission is to reduce recidivism through recovery,” said Sheriff Adkinson. “Offering these opportunities is a big part of our commitment to that goal.”