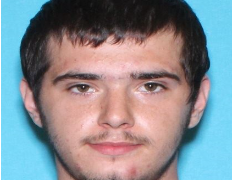 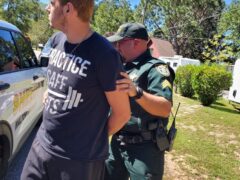 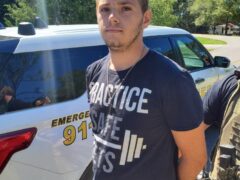 WALTON COUNTY, Fla— A man wanted for murder out of Richland County, Illinois has been captured in DeFuniak Springs.

Several law enforcement agencies in Illinois have been searching for Rick A. Meador, 18, of Olney, Illinois following a shooting on September 6th.

Illinois State Police were called to assist Olney Police Department with a homicide investigation where a 19-year-old was found with multiple gunshot wounds and transported to a local hospital. The victim later died from his injuries.

A warrant for first-degree murder was issued by the office of Richland County State’s Attorney Charles Bradley Vaughn for Meader.

Meader was located and placed under arrest by the Marshals assisted by Walton County Sheriff’s Office. He was transported to the Walton County Jail without incident.

Also located with Meader, was an endangered juvenile missing out of Illinois. She has been transported to the Emerald Coast Children’s Advocacy Center.