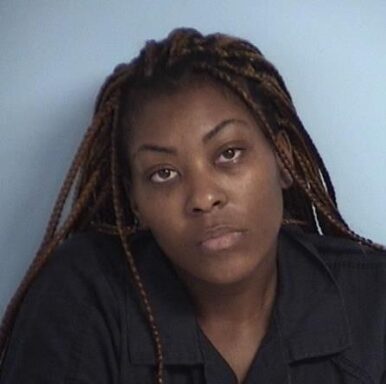 WALTON COUNTY, Fla— A Crestview woman is charged with firing a gun inside a Walton County hotel after business hours.

Wednesday morning, February 16th the Walton County Sheriff’s Office responded to the Hilton located at 4000 Sandestin Boulevard South in reference to a shooting that already occurred.

An investigation by deputies revealed the incident was captured on surveillance video inside the hotel. The video shows, Brittany Johnson Rowe, 25, of Crestview, walking into the Human Resources hallway on the first floor at 10:30 pm Tuesday night and firing a single round at the door. Rowe attempts to fire a second round, but the gun does not fire.

Another employee is seen in the video, later identified as Rowe’s husband, who quickly locates and disarmed her. The two left the hotel and did not report the incident to authorities. Rowe was pending termination from the hotel for a previous incident.

There were no employees in the HR offices at the time of the shooting, however, guests staying on the same floor reported to deputies during the investigation they heard a shot fired and voices but did not leave their rooms.

Rowe was located, arrested, and charged with firing a weapon into a dwelling and carrying a concealed weapon without a permit, both felonies. She is also charged with criminal mischief. She was given a $10,000 bond and is still incarcerated at the time of this release.