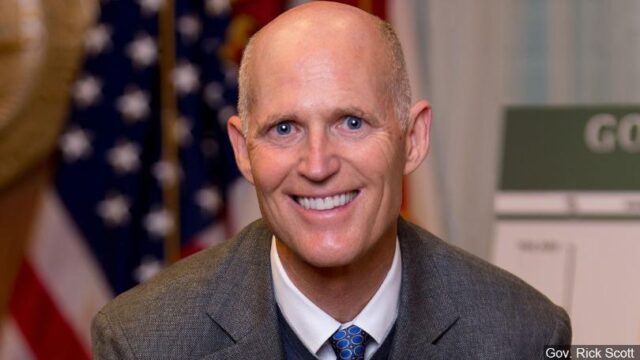 Signs Executive Order Calling on Counties to Not Limit Access to Beaches
TALLAHASSEE, Fla. – Governor Rick Scott today issued Executive Order 18-202, which urges Florida counties to protect public beach access and directs the Florida Department of Environmental Protection (DEP) to support these efforts. The executive order specifically calls on counties to not limit access to beaches. In March, Governor Scott signed HB 631, sponsored by Senator Kathleen Passidomo (R-Naples) and Representative Katie Edwards–Walpole (D-Sunrise), which passed the Florida Legislature with an overwhelming, bipartisan majority.
Governor Scott said, “Florida is home to the world’s best beaches, and every Floridian and visitor has the right to fully enjoy our state’s natural resources. Florida beaches belong to all of us, and people from across the world visit Florida because of them – and we are going to keep it that way.
“Last session, HB631 was passed with overwhelming support from both Democrats and Republicans. Unfortunately, the legislation has now created considerable confusion and some have even interpreted it as restricting beach access. I’m committed to keeping our beaches open to the public and this executive order makes this commitment clear.
“Today, I am ordering the Department of Environmental Protection to do everything in their power to advocate to keep our beaches open and public. Also, I am putting a moratorium on any new state regulation that could inhibit public beach access and also urging local government officials to take similar steps to protect Floridians’ access to the beach. Government’s job is to help solve problems, and in Florida, when there is an issue or confusion surrounding legislation, we take action to address it. Florida is the most beautiful state in the nation.  We have hundreds of miles of pristine coastline and we are known for having the best beaches across the world. We absolutely cannot do anything that changes that.”
The Executive Order takes the following action to Protect Public Beach Access:
1.   The Governor’s executive order imposes a moratorium on executive state agencies adopting any rule or restriction to inhibit the public’s access to Florida’s beaches, unless there is a clear risk to public safety;
2.   The Governor directs the Department of Environmental Protection (DEP) to serve as an advocate for the public’s right to public beach access. This includes establishing an online reporting tool so Floridians with concerns about beach access can provide input. DEP will compile this input and submit a report to the Florida Legislature and the Governor before the next legislative session. DEP will also serve as a liaison to local governments to ensure the public’s right to access the beach is protected;
3.   The Governor urges all local government entities to not adopt any rule or ordinance that would restrict or eliminate the public’s access to Florida’s beaches.  He is calling on every county in Florida to not take any action that limits access to beaches; and
4.   The Governor urges State Attorneys in Florida to protect Floridians’constitutional right to access the beach.
###
Records Request