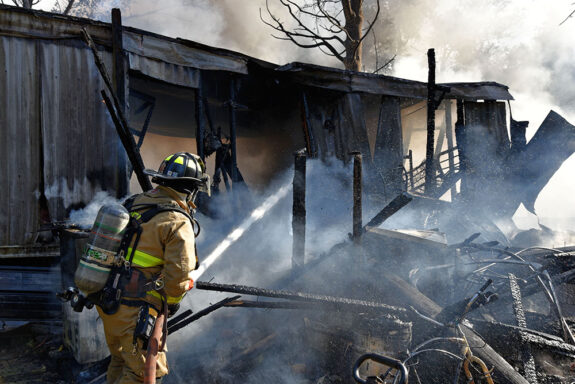 Mossy Head, FL — Firefighters rush to the scene of a house fire on Highway 90 West after a Good Samaritan reports seeing smoke and flames coming from a home in Mossy Head.

At 4:49 PM on Tuesday, June 16, 2020, Walton County Fire Rescue, Liberty Volunteer Fire Department, and Walton County Sheriff’s Office deputies responded to a 911 call regarding a possible structure fire at a home on Highway 90 West. The caller advised they were driving down the highway when they saw heavy black smoke coming from a structure next to Lily’s Cafe. First responders arrived on scene to find flames consuming a mobile home.

Seeing that the flames were threatening other nearby structures, firefighters quickly began battling the blaze. Within minutes, first responders had the flames contained, saving multiple residences from major damage. Fortunately, no one was injured in the fire. 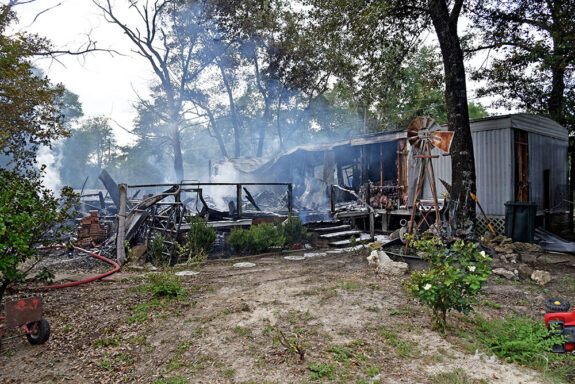 The fire is believed to have been caused by an electrical issue inside mobile home. American Red Cross was contacted to provide aid to the residents of the damaged home.