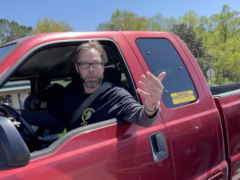 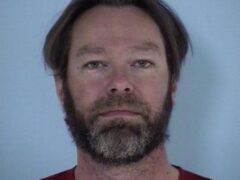 WALTON COUNTY, Fla— A Freeport man has been arrested following a road rage incident that resulted in a shooting on Sunday, April 4th.

On that afternoon, deputies responded to the intersection of U.S. Highway 331 and Highway 20 following multiple 911 calls regarding shots fired. Following the incident, the suspect fled the scene. One male patient was transported from the scene for his injuries.

Both parties in the altercation were quickly identified. After multiple days of follow-up investigation and gathering evidence it was revealed the shooter, Michael Joseph McClure, 43, of Freeport, knowingly used a deadly firearm during a road rage incident where the other party sustained gunshot wounds to the wrist and leg.

It was determined McClure blocked a lane of travel with his truck to engage in the altercation and fired his weapon at the victim as he turned to run away once the argument escalated. The intersection where the shooting occurred was crowded and McClure’s actions threatened the lives of not just the victim, but others traveling the area.

He was given a $5,000 bond and has been bonded out at the time of this release.