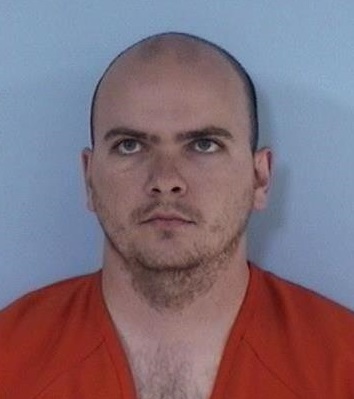 DEFUNIAK SPRINGS, Fla— A man who engaged a 15-year-old for nude photos through a popular smartphone app is now behind bars for traveling to meet a minor for sex.

On March 16th deputies learned following a tip of a parent that a 15-year-old Walton County resident had been sending nude photos to a 27-year-old man out of Fort Walton Beach in exchange for Amazon gift cards.

The victim told investigators she let the suspect know she was 15-years-old prior to sending the photos. Consent was given by the victim’s parents to assume her identity online.

Investigators reestablished contact with the suspect via the KiK application and exchanged messages on the app and through text from March 20th to March 27th. In one instance the suspect was told numerous times the victim was 15-years-old. During the course of the conversation, the suspect made several references to meeting the victim. He then made several statements sexual in nature that indicated he wanted to engage in sexual activity with the victim.

Investigators confirmed the identity of the suspect as Matthew James Reynolds, 27 of Fort Walton Beach. On March 28, 2018, Reynolds traveled to Mossy Head awaiting who he believed to be the victim. He was met by members of the WCSO Special Victim’s Unit.

“The parent’s diligence in this case help put this person behind bars,” said Sheriff Michael Adkinson. “It is imperative that parents have an understanding of what apps their kids are using and ask questions when they notice suspicious behavior.”

Reynolds is charged with traveling to meet a minor for sex, using a computer to solicit a child, and using a two-way communication device in the commission of a felony — all felonies. His bond is set at $50,000.