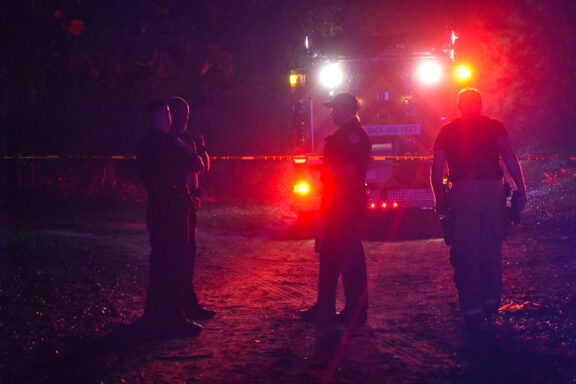 Walton County Sheriff’s Office, Walton County Fire Rescue, and Argyle Volunteer Fire Department were called to the home at 11:00 p.m. on Thursday, January 14 following a 911 call from a neighbor reporting a structure fire on Rock Hill Road. The caller stated he could see flames coming from a building next door, but he did not know if there was anyone inside. Deputies and firefighters arrived on scene within minutes to find flames and heavy smoke coming from a large metal building.

Firefighters quickly made entry into the home and began extinguishing the flames. With assistance from Argyle Volunteer Fire Department, Walton County Fire Rescue crews had the fire under control within 40 minutes, keeping the blaze from spreading into the woods nearby. One body was located in the burned structure.

Next of kin has not yet been notified for the victim.