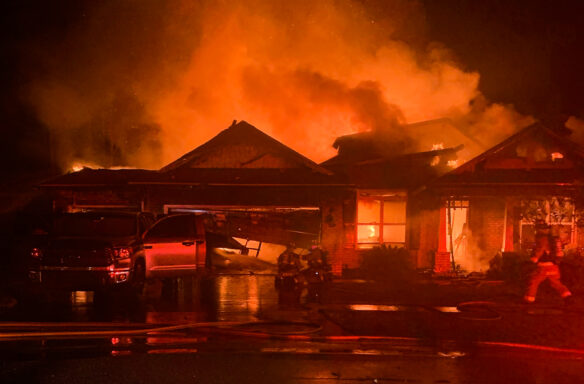 A multi-agency attack leads to the knock down of a large house fire, saving multiple nearby homes.

While en route, firefighters could see heavy smoke coming from the area where the call originated. Walton County Fire Rescue crews were the first to arrive on scene and found flames fully engulfing a single-story home. They quickly deployed attack lines and began to battle the blaze. South Walton, North Bay, and Eglin firefighters arrived shortly after and began assisting Walton County Fire Rescue in fighting the flames.

First responders battled the massive fire for a little over an hour before the blaze was under control.

Firefighters were able to keep the blaze from spreading to nearby homes. Unfortunately, a dog was later found deceased in the home.

The Fire Marshal’s Office responded to the scene to investigate the cause of the fire. Walton County Fire Rescue would like to thank North Bay Fire District, South Walton Fire District, and Eglin Air Force Base Fire & Emergency Services for their assistance. 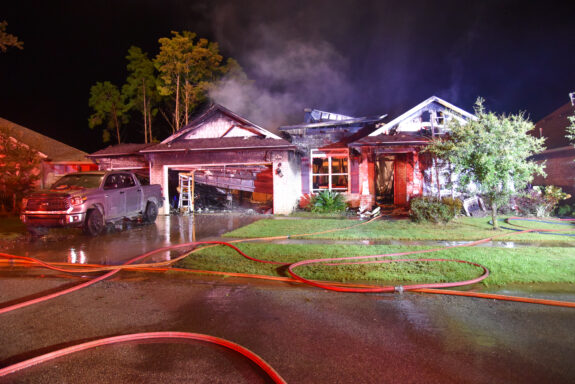 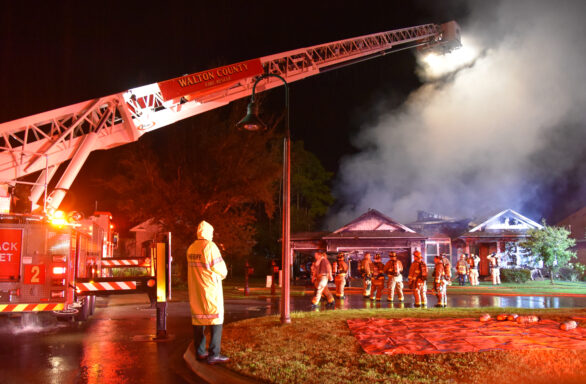