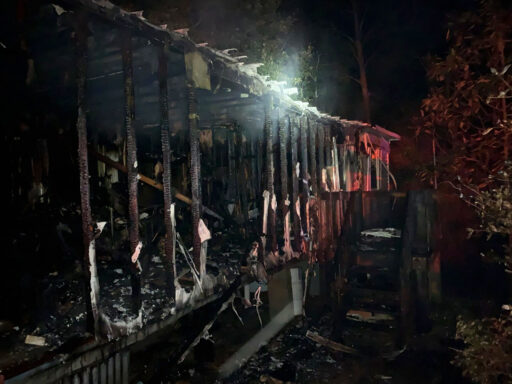 At 10:50 PM on February 15, 2020, Walton County Fire Rescue, Liberty Volunteer Fire Department, and the Walton County Sheriff’s Office were dispatched to a home on East Roberts Road in reference to a structure fire.

Firefighters and deputies arrived on scene to find heavy smoke and flames quickly engulfing a single wide mobile home. A resident on scene told first responders that all occupants were out of the home but two dogs were still trapped inside.

Firefighters quickly began battling the blaze and had the fire under control in just eleven minutes. Unfortunately, after crews performed a search of the burned structure, they found the two dogs deceased inside the home.

The fire was caused by an electrical issue with a space heater in the living room. American Red Cross was contacted to provide aid to the residents of the damaged home. 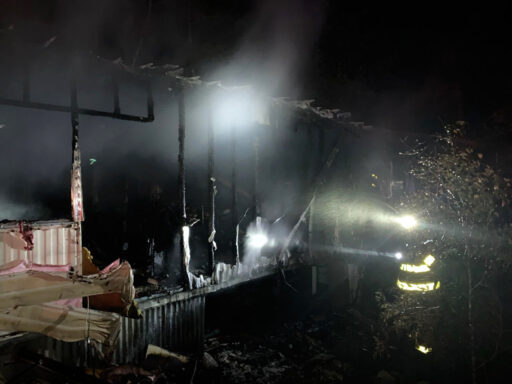 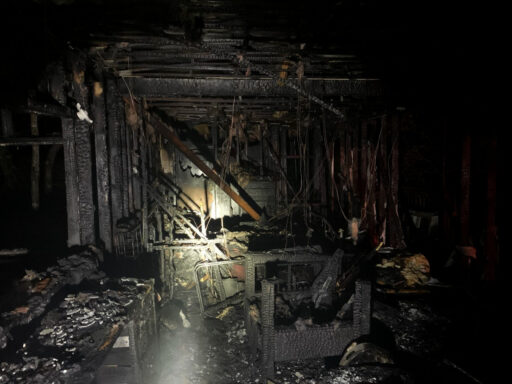