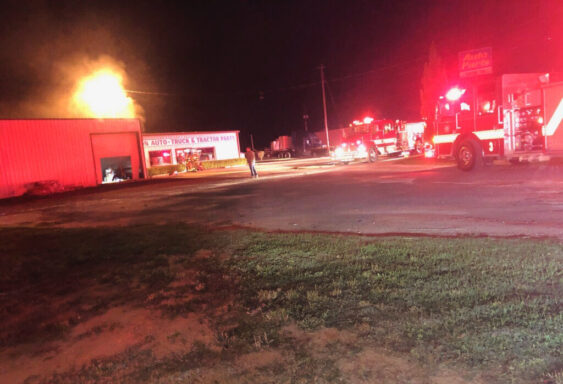 Using a K-12 saw to cut a hole into the garage door, firefighters were able to make entry into the building and found flames coming from a work bench table where hydraulic hose repairs were made. Walton County Fire Rescue were able to suppress the fire in just under ten minutes, preventing the fire from spreading to nearby oil and gas.

First responders cleared the scene just before 12:04 AM.

The fire is believed to have been caused by motor failure on a saw used for hydraulic hose repair. The failure caused the motor to catch fire and spread to the wooden workbench.