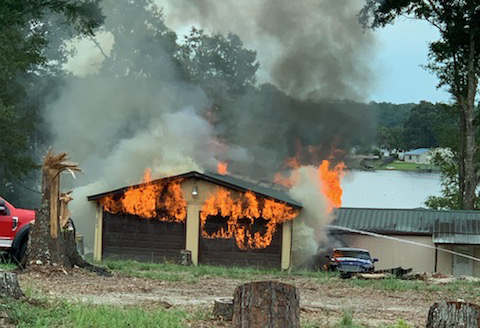 Shortly after 5:00 PM on Thursday, August 8, 2019, a 911 call promptly dispatched first responders to a home on Kings Lake Boulevard in reference to a structure fire. When Walton County Sheriff’s Office deputies arrived on scene, they found a residential garage nearly engulfed in flames, threatening the nearby home. Within minutes, Walton County Fire Rescue and Argyle Volunteer Fire Department arrived and began assisting Liberty Volunteer Fire District in battling the blaze.

Firefighters were able to extinguish the blaze before it caused any major damage to the family’s home. Fortunately, no residents were home at the time of the fire.

The fire’s origin is unknown at this time. The State Fire Marshall’s office responded to investigate the cause of the fire. 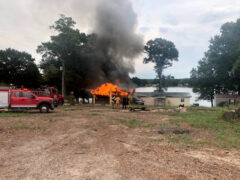 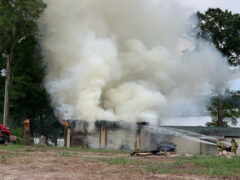